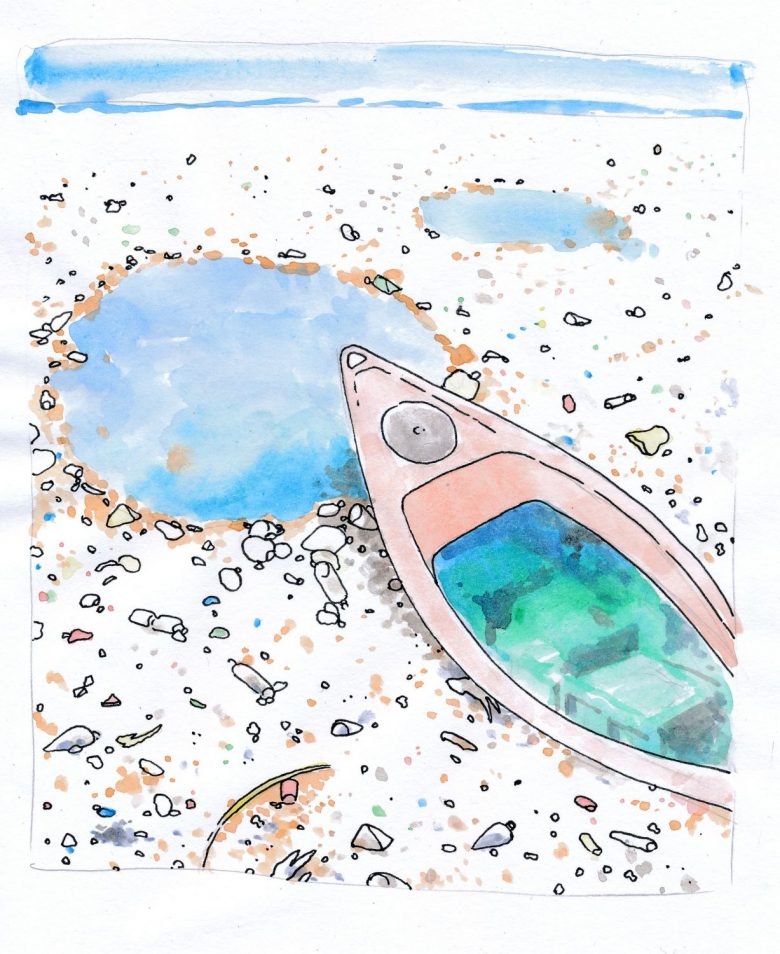 During the cover design for issue 243 I had a clear idea of what I wanted to represent with a couple of different elements. I liked the idea of a flooded city and the glass-bottomed boat making a window to the submerged world. I thought it was important to have a screen of floating trash and I looked at a lot of images of the Great Pacific Garbage Patch and areas of the ocean with a lot of plastic pollution. Initially I put a corpse in the kayak before winding it back to the suggestion of a human femur in the finished version. The ‘dead guy’ sketch ended up on the back cover.

I worked in ink and watercolour on paper, starting with loose sketches and refining to a clean finished version.

I’m pleased with the final illustration and I think it conveys the vision of climate change in a post-human landscape. 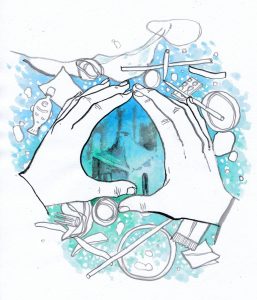 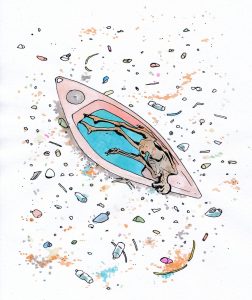 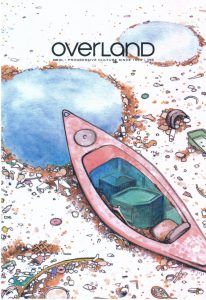