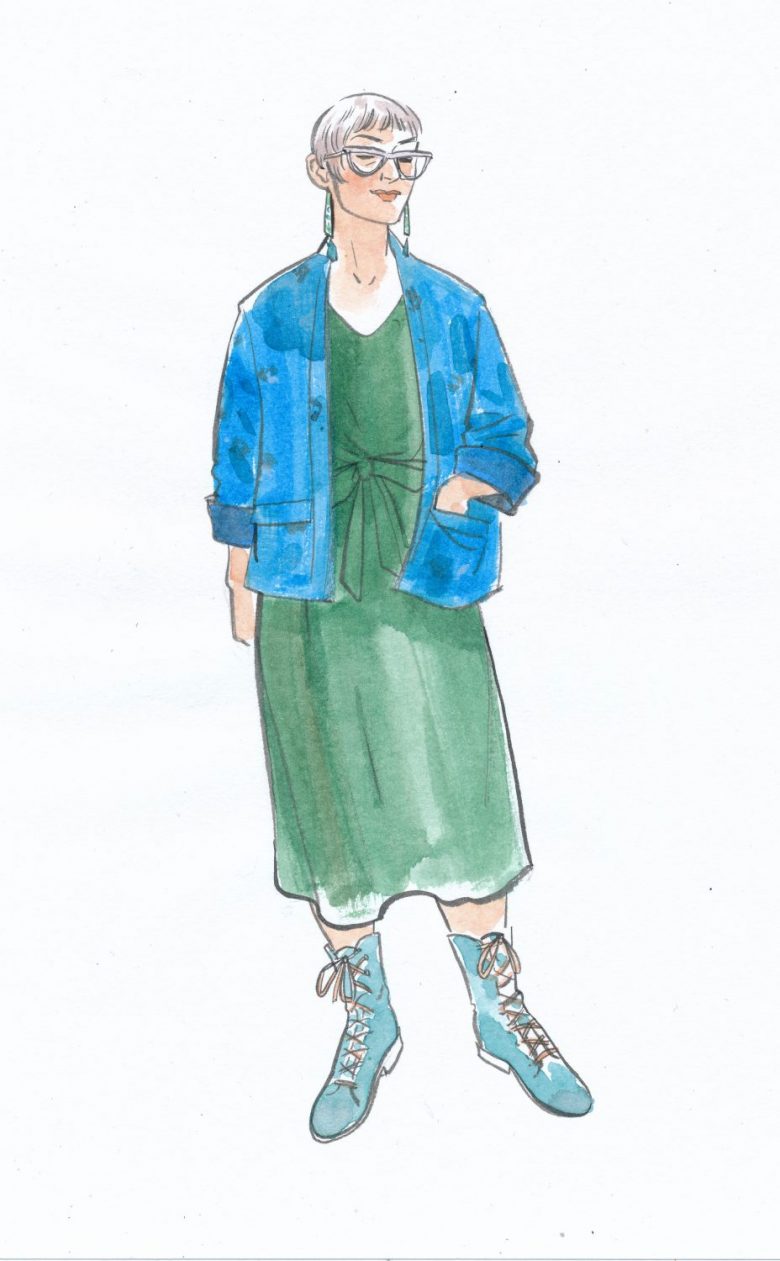 I found this bright cyan blue jacket in the op-shop. Its a Chinese style cheongsam, or long shirt made of rayon from a Shanghai label called Peony Brand. The cheongsam / qipao and associated garments were adapted from traditional Chinese dress and popularised in the 1920’s although mine is not that old. I don’t wear it often because its such a vibrant fabric, and because I felt a bit squeamish about cultural appropriation. Growing up in the 1990’s, it was fashionable to adopt aspects of Chinese or Japanese style in an unashamedly orientalist manner – cherry-picking and imitating a generalised exotic Eastern culture while ignoring the larger implications. The last thing i’d want to do is look as though I wore a costume.

That said, I love the garment in itself. It is fully reversible and lined in darker blue, which I can show off by rolling the sleeve cuff over. It has the upright Mandarin collar and knotted buttons which characterise the design and it is cool and heavy and has been kept in beautiful condition. I made an outfit in blue-green tones with a bottle-green linen dress from Mantaikotai, second-hand blue boots and the Boss Ladies earrings from local Perth designer Miscii.